Urushi once attracted the world

During the Age of Discovery, Europeans found shimmering gold and glamorous craft works on small islands of Asia. This is the lacquerware. The beautiful craft went over the seas and became the first made-in-Japan product loved by the world.

Like the 3-piece-story of Rakugo, if you were asked the question, “What links these three keywords together － The Age of Discovery, Francisco Xavier, and Marie Antoinette?” You find the answer to this right away if you are a lacquer art enthusiast.

Lacquerware is famous as Japanese traditional crafts. The Europeans who visited Japan during the Age of Discovery were fascinated by this and sent many lacquerwares back to their country. The lacquerware exported back then attracted great interest in Europe. The lacquerware became valuable exported products to the West.

The lacquerware sent to Europe were given different names according to the age they were exported. The lacquerware shipped from the 16th century when the Portuguese visited Japan until Sakoku (seclusion) were called “Namban (Southern-barbarian) lacquerware,” and those during Sakoku were called “Koumou (Red-haired) lacquerware.” Namban lacquerware features a combination of Makie (gold lacquer) and mother of pearl works, with full patterns on a black Urushi base. On the other hand, Koumou lacquerware is characterized by relief-like gold patterns that stand out in the black lacquer base.

Makie is a technique of lacquer unique to Japan which is done by drawing patterns with lacquer on the surface of the ware and sprayed with gold and silver powder before the lacquer is dry. These lacquer wares made have been one of the symbols of Japan, which was once called the nation of the golden state, Zipangu.

From the 15th to 17th century, European countries including Portugal and Spain crossed the Seven Seas in search of the new land, resources, and trading partners. The golden shining lacquerware was one of the discoveries that these Europeans made in Japan. During this time, the missionaries of Jesuits were keenly engaged in their missionary work of Christianity in countries outside of Europe. In response to their request, various tools for churches were made with Makie.

In the Spanish churches and monasteries, “Youbitsu (Western chest)” (also called “Karabitsu”), namely Namban lacquerwares, which were sent during the 16th century remain. Many Namban lacquerwares are preserved in Navarra, the hometown of Francisco Xavier, as well as the home where the Jesuits were first formed. There is also evidence that there were more than 70 pieces of such works discovered in 23 locations throughout Spain. These all seem to have been used as missionary tools. The highly artistic and beautiful lacquered tools were valued as something appropriate for a sacred place. 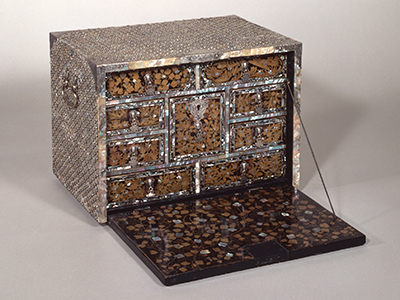 The golden glow of the beloved Queen

Marie Antoinette, the queen of the King Louis XVI of France, is one of the familiar historical figures in Japan. The “Marie Antoinette Exhibition” held during 2016 to 2017 became a hot topic for a number of visitors. However, it may not be so well known that the Queen was a Japanese lacquerware collector.

In Europe where Urushi was nonexistent, a mixture of resin such as linseed oil and copper oil with black colored powder was used as a substitution. Of course, the texture, color, durability of this lacquer did not reach the genuine Urushi. Nonetheless, by repeated trial and error, their technique has also gradually improved, having established a different culture.

From the 17th to 18th century, lacquerware also spread amongst the royal aristocrats in Europe. They competed in buying these lacquer wares as a symbol of wealth and power. This is the era of Koumou lacquerware. The style has changed with times, and more luxurious and elegant items using gold were produced. The gold shining oriental art crafts have taken the hearts of the European aristocrats.

The booming popularity of Japanese lacquer art Makie by European royal aristocrats were backed by the trend of “Oriental interests,” which was to seek for aesthetics of distant countries. However, for European people at that time, Japan, China, and India were not considered anything distinguishable and were all considered as the Orient. It is probably due to this reason that there is a box of Japanese Namban lacquerware in a room called the “Chamber of China,” at the Pitti Palace in Florence, Italy.

Queen Antoinette was a huge fan of lacquerware. It seems her mother, the Empress Maria Theresia of Austria from the Habsburg family had a great influence. Theresia said “I’m a lacquerware person more than a diamond one,” having set up the “Chamber of Lacquerware” in her Vienna palace. Antoinette inherited about 50 pieces of the lacquerware from her mother and also bought more for herself. The collection was recognized as one of the greatest throughout Europe. The pursuit for beautiful products has always stayed the same, from long ago until now.

Fascinated by its beauty, the lacquerware fever of European people had not seemed to cool down. However, these were expensive pieces of imported products. Even if they wanted their desired item, it did not go as expected for many of these people. Therefore, it was not surprising that imitation products were created. In various places in Europe, the production using the technique “Japanning” had spread. They struggled to express the “Jet black” peculiar to the Urushi with familiar material and created a new painting technique simulating the lacquerware.

In Europe where Urushi was nonexistent, a mixture of resin such as linseed oil and copper oil with black colored powder was used as a substitution. Of course, the texture, color, durability of this lacquer did not reach the genuine Urushi. Nonetheless, by repeated trial and error, their technique has also gradually improved, having established a different culture.

Here you might ask about the word, “Japanning.” This is the imitation of lacquerware made by European people, as well as the painting technique to provide a glossy black finish. This word came to be known as the ceramics called “China” in English, and the lacquerware was called “Japan.” However, it is uncertain that the difference of “China” and “Japan” was properly understood.

The booming popularity of Japanese lacquer art Makie by European royal aristocrats were backed by the trend of “Oriental interests,” which was to seek for aesthetics of distant countries. However, for European people at that time, Japan, China, and India were not considered anything distinguishable and were all considered as the Orient. It is probably due to this reason that there is a box of Japanese Namban lacquerware in a room called the “Chamber of China,” at the Pitti Palace in Florence, Italy.

It is certain that there was a longing admiration for oriental countries that they have yet seen. Japanning is the blood, sweat, and tears of all these feelings. 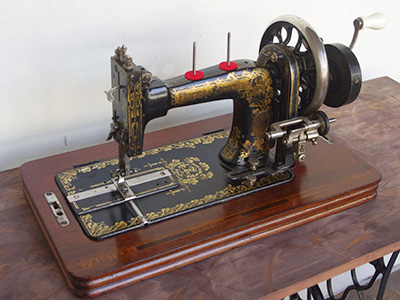 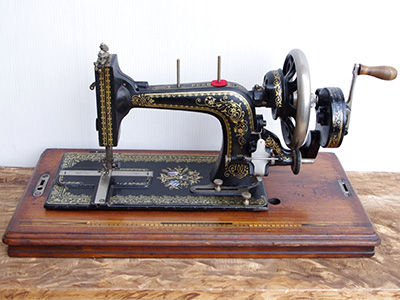 And the own beauty of jet black in Europe was born. Yes, the piano. The jet black on a piano has its roots in lacquerware and is influenced by Japanning. Originally piano was made with wood grain finish, but they started to paint it black in Brunswick, Germany, where Japanning was popular.

Many people would have thought that the glossy black color matches a musical instrument with a classical sound. This attempt settled, and the black piano is still the mainstream till now. The leading piano manufacturer of Germany is based in this area. The beautiful shining black color had a significant influence even on the local industry.

Urushi back in the Age of Discovery

A number of lacquerwares that has been loved in Europe across the sea. They have repeatedly been repaired on site and passed over. However, as they do not have any background in traditional Urushi craft techniques, the maintenance was often insufficient. In recent years, the technology and theory of the lacquer restoration have spread, and the understanding of the repair using Urushi has improved in Europe.

When it comes to restoration using Urushi, it is the “Joboji Urushi.” It’s known for its high-quality and content of the ingredient, Urushiol. It has now become indispensable for the repair and restoration of national treasures and cultural properties and was used for the restoration of the World Heritage sites such as Konjikido Golden Hall of the Chuson-ji Temple in Hiraizumi town, Nikko Toshogu Shrine, and Kinkaku-ji Temple.

It is no exaggeration to say that Joboji is another word for Urushi. There was such an episode that is reminiscing this. There was a man called Sugawara Seizo, who made his way to France in 1905. He had learned lacquer art at the Tokyo School of Fine Arts (Tokyo Bijutsu Gakko) and is said to have had a major influence towards teaching lacquer art in France. Irene Gray, an architect & furniture designer whose work had begun to be reevaluated recently, is one of them with his influence. Someone who was doing research on the life of Sugawara happened to find a poster of Gray’s exhibition. He was introduced as the “Lacquer painter of Jahoji.” “Jahoji” may be considered as Joboji, but Sugawara was from Sakata City, Yamagata. No relations whatsoever.

This was probably misunderstanding the links between “Lacquer art,” “Urushi,” and “Joboji” in the distant land of France. Joboji back then was already known for its name abroad. 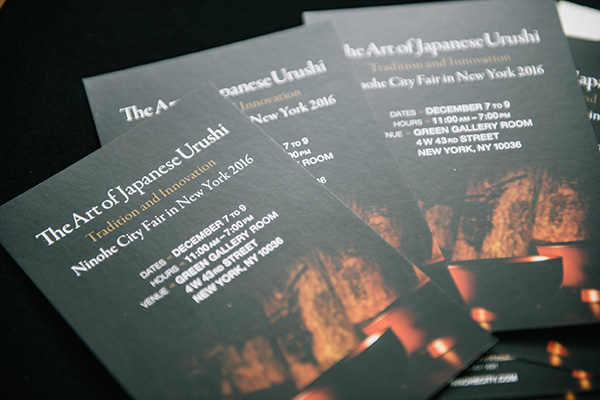 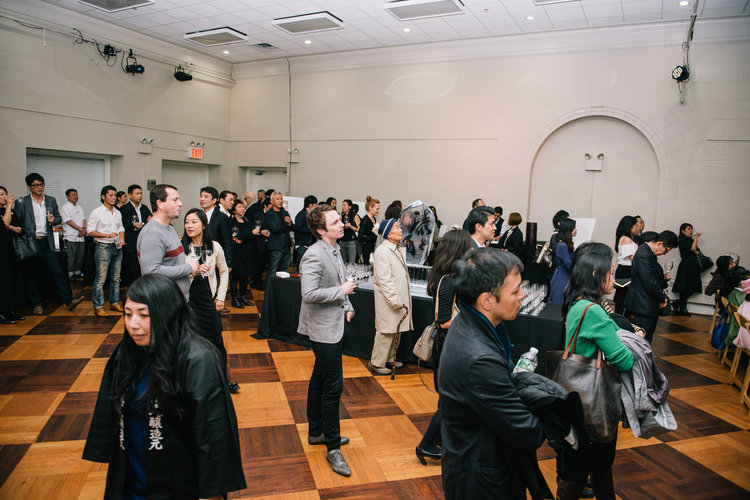 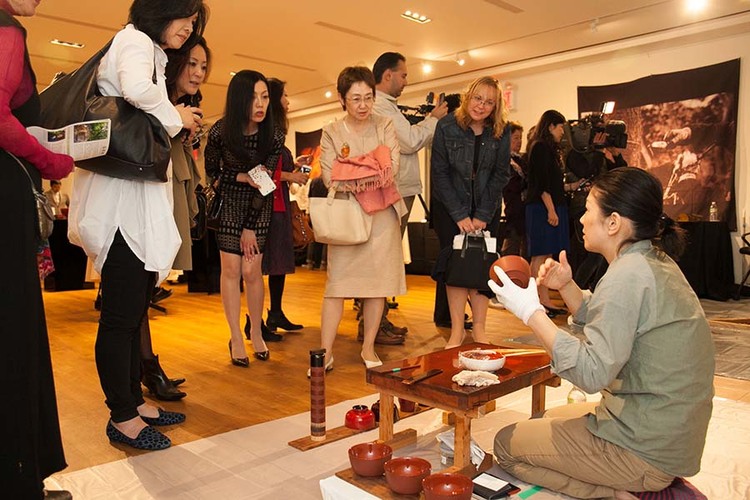 In recent years, the lacquer art has been entering a new “Age of Discovery,” with the lacquer craftsmen traveling to New York to demonstrate their work, or by the exhibition of Joboji lacquerware to promote Urushi. Urushi that creates elegance in lacquerware. Its role has never changed since 470 years ago until now.

Beyond the time, Japanese elegance

Sustains Japanese culture as an material