Thirteen people in all including Mayor, Obonai Toshiyuki, visited New York from August 25 to 30 2013 in order to promote brand image and local industry.

1. Transmission project of the Ninohe Brand

This project called, Transmission Project of Ninohe Brand, was the government (Ninohe City) and private enterprises working together to transmit the Ninohe Brand to foreign countries and appeal to both domestic and foreign markets by feeding it back to Japan. According to the person in charge, though Ninohe City set about the project of “Transmission Project of Ninohe City” over three years from that year, they had never experienced such a big project before, so they started it from that visit of the first year, not knowing what to do.

Ninohe City touted “local sake” and “lacquerware” as representatives of local brands at that time.

“Nanbu Bijin (Southern Beauty),” Ninohe’s local sake, won the grand gold medal in Monde Selection twice so far and had been highly evaluated abroad－now it is exported to 23 countries in the world.

Also, Joboji town in Ninohe City boasted 70% of the domestic production of Japanese lacquer (from the website of co. Ltd Joboji urushi industry), and moreover, it consistently conducts the collection and production of lacquer represented as the area of the lacquer industry. This “Joboji lacquerware” won the good design president award of small and medium enterprise Agency in 2011 and it has been generally evaluated in Japan. According to the producer, they will try to convey the charm of lacquerware to the people around the world from now on. 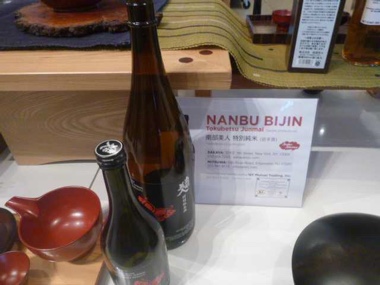 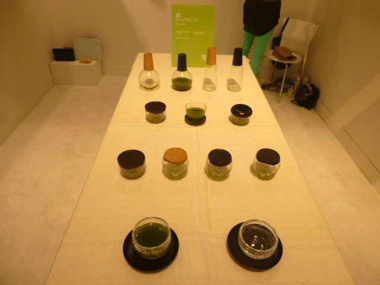 3. A reception was held at the Ambassador’s residence

Our office widely informed the people involved in the reception and more than 150 people attended. Also, the seminar on “Nanbu Bijin” and”Joboji lacquerware” held before the reception was well attended with some standing participants.

It is needless to say that “Nanbu Bijin”poured into “Joboji lacquerware” was served to the guests at the reception, and hospitality showing the charms of Ninohe City to the front by preparing steak of “Iwate beef with short horns” rice ball of ”Iwatekko” and ”Nanbu crackers” as well as play of Koto by the musician from Iwate,

Additionally, the exhibition and sale of “Nanbu Bijin” and “Joboji lacquerware” was held in “MTC kitchen” in the showroom of New York mutual trade from August 28 to September 6. According to sales staff, he was asked many questions about each producing process by a number of New Yorkers stopping by. 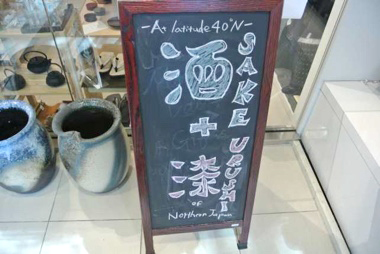 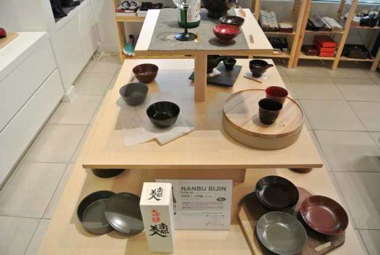 The scene of exhibition and sale in MTC kitchen

4. Big challenge of the small town

It has been five months since I was transferred to New York and I have the impression that Japanese sake has already immersed itself as “SAKE,” not only in Japanese restaurants or retail stores but throughout New York. On the other hand, regarding lacquerware as producers say, “It is often mistaken for plastic products.” I thought it was rather difficult to tell Americans there its charm only by transmitting our tradition and the information of manufacturing process.

However, the challenge of Ninohe City has just started.

It is needless to say that “Nanbu Bijin”poured into “Joboji lacquerware” was served to the guests at the reception, and hospitality showing the charms of Ninohe City to the front by preparing steak of “Iwate beef with short horns” rice ball of ”Iwatekko” and ”Nanbu crackers” as well as play of Koto by the musician from Iwate,

Our office is ready to support the project of Ninohe City for the next three years whose population is 30,000 to appeal the local products in New York where 8,300,000 people dwell.

Go to next report